When a scorching Friday managed to stick its head out of the week’s collar, Mohammad-Ali began turning purple. He noticed the first purple spots under his nails when he was taking his taxi out of the garage. At first, he didn’t pay much attention. He thought the spots were caused by pressing his fingers against the steering wheel too hard. Later, as he sailed his taxi over hot asphalt waiting for the delicate, charming voice, he saw in the rear-view mirror that his eyes and lips were turning purple too. 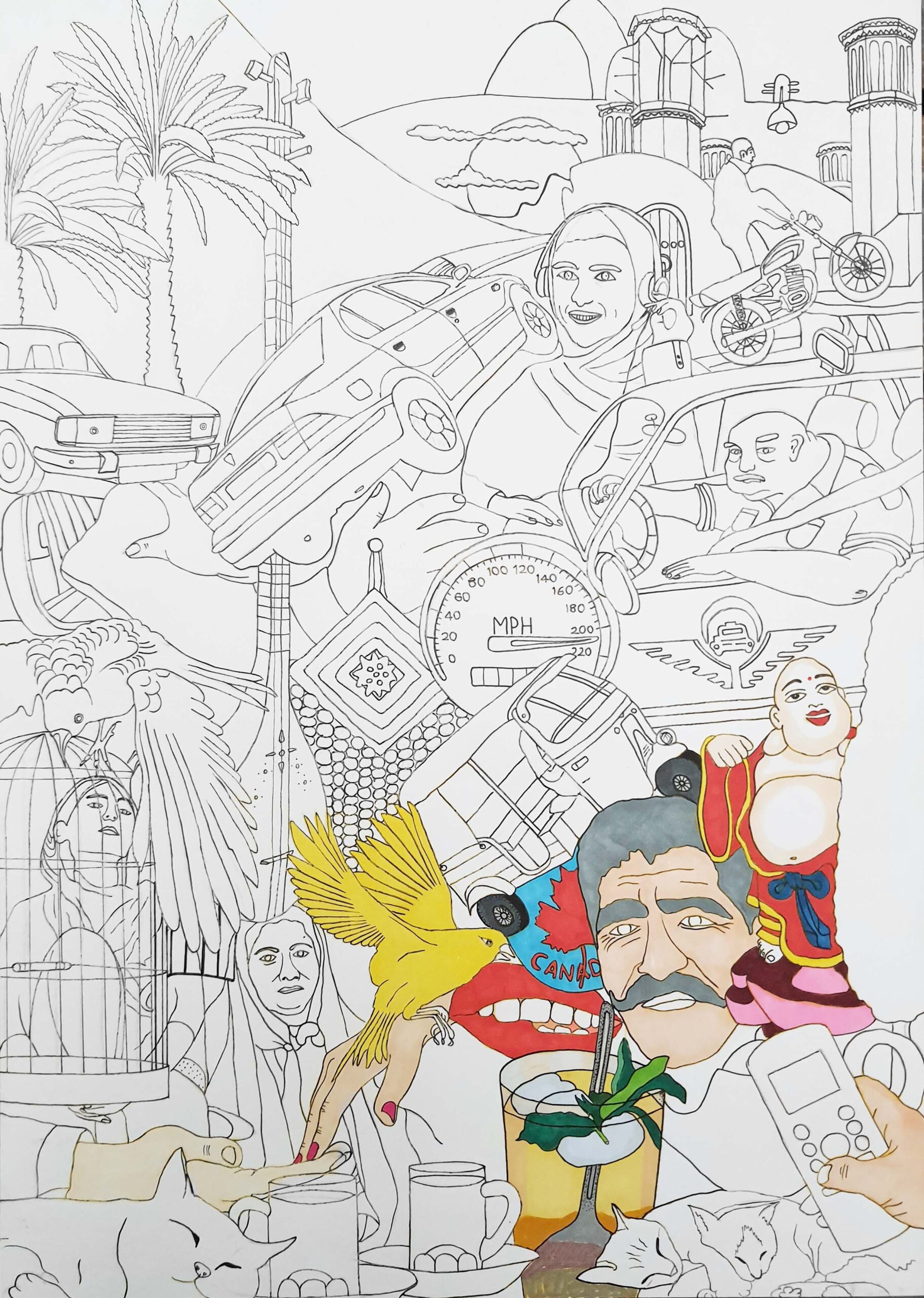 By the time the sun positioned itself on top of the town, purple was spread all over his body to the extent that he had to ask his current passenger to get out of the car. He drove all the way to the shade of an old cypress tree in his neighborhood, parked the taxi, and relaxed in his sweaty clothes. When he pressed his head back to the headrest, he remembered that love had manifested itself as a skin condition the last time he had fallen for somebody too. He could vividly recall the night before his wedding when his barber had to use all sorts of cosmetic products on his shelves to cover the nasty pimples on his face that didn’t go away until he made love to his wife for the first time. 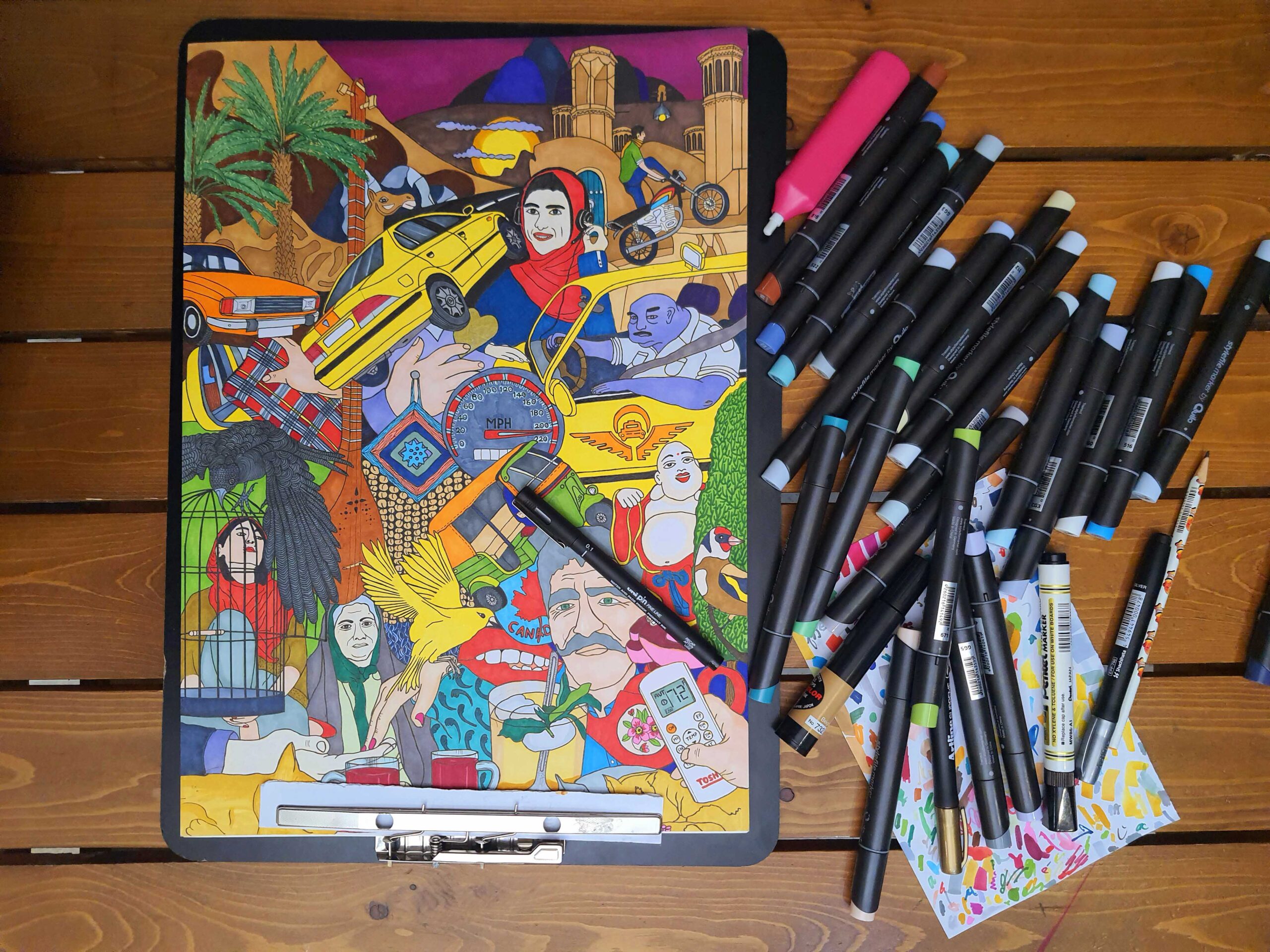